Reviews and Photos for The 39 Steps
All production photos are ©2011 by Alicia Donelan, and appear courtesy of the Maltz Jupiter Theatre
with special thanks to Andrew Kato and Linnea Brown! 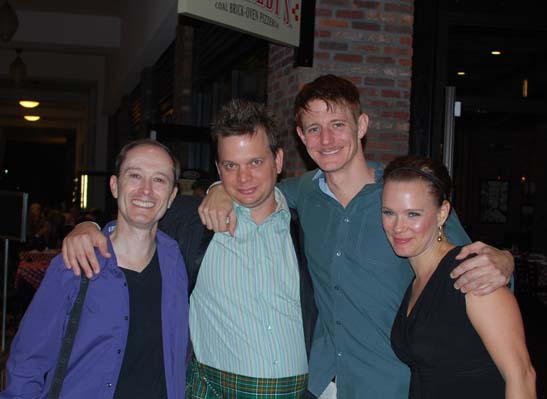 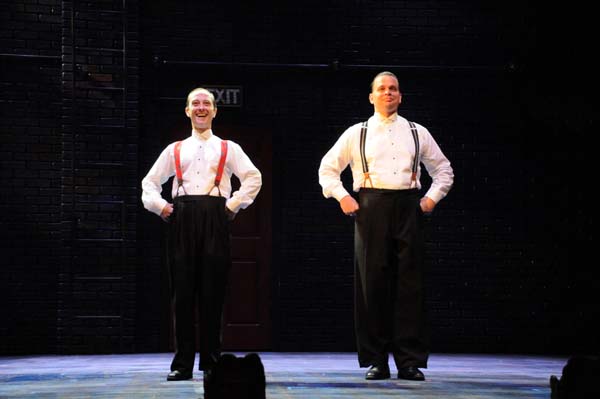 And the winner is Maltz Jupiter Theatre’s Alfred  Hitchcock’s The 39 Steps.  A thrilling Hitchcock journey  with precision timed antics and masterful staging.  This production should be nominated for a few prestigious Florida Carbonell Awards for Sound Design, Direction and Best  Ensemble for a play.  A Theatre Chat top pick!  One of the best of the 39 Steps productions to date.

Maltz Jupiter Theatre’s Alfred Hitchcock’s The 39 Steps brilliantly directed by Peter  Amster  is one of the best directed plays produced in Florida in  years.  With intricate crackling fire and endless timed sound effects. The  appropriately chosen music from Sound Designer Victoria  Deiorio,  dramatic lighting, multipurpose sets, elegant costumes and wigs creatively bring all the elements together for “A Maltz Masterpiece.”

Winner of two Tony and Drama Desk Awards Alfred Hitchcock’s The 39 Steps is the hottest ticket in Florida.  Maltz Jupiter Theatre has cast some of the best in the business.  Starring the multi-talented Joe Foust (Clown 2), Beth Hylton (Woman), Christian Pedersen (Hannay), Andrew Sellon (Clown 1).  Best Ensemble  – Theatre  Chat.  This cast could be on any Broadway  stage.     — Richard Cameron.  Continue reading at Examiner.com

The outstanding cast of four, directed by Peter Amster, play an amazing number of at least 100 characters: heroes, villains, men, women and even children.  There are lightning-quick costume changes and multiple characters being played at once in the same scene. Cops are bumbling, German spies are sinister, the three women are tantalizing and the gunshots are startling.

Pedersen is handsome, smooth and suitably clueless as the hero Hannay, and Hylton plays all three love interests — the spy that gets murdered, a Scottish housewife and a stranger on a train — with vigor, charm and good timing.

The best performances came from Sellon and Foust who play literally dozens of hilarious characters of all different kinds of nationalities, jobs and genders.  Men, women, babies, British Bobbies, a crude Scottish farmer, spies, tavern owners, you name it, they played each part with aplomb, often portraying two characters in the same scene and having dialogue with themselves. They are fantastic.  — Carol Saunders.  Continue reading at TCPALM.com