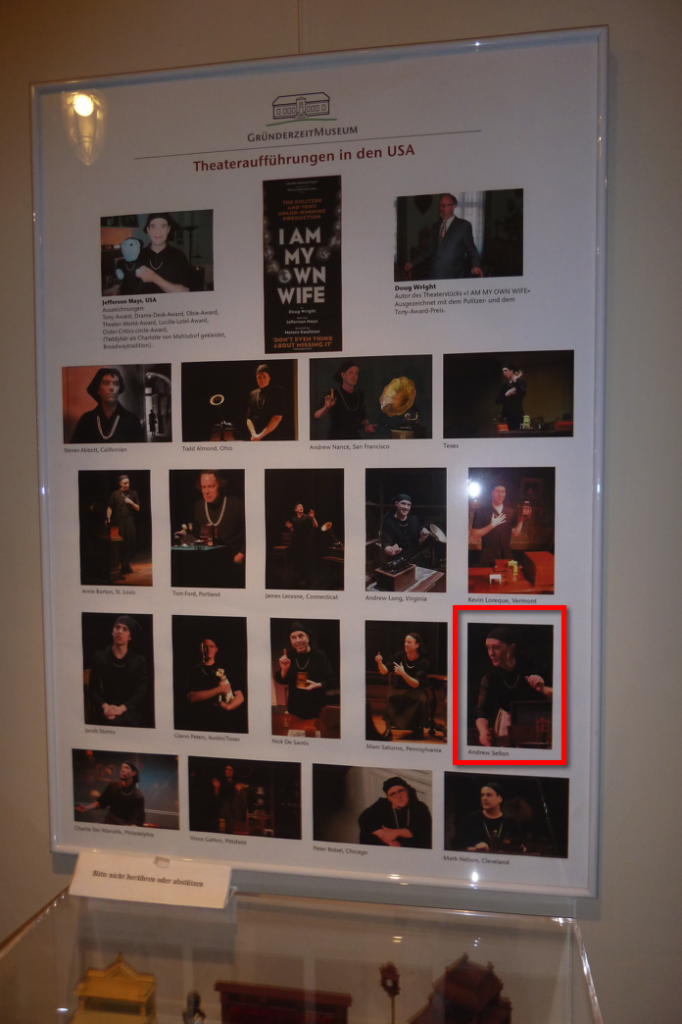 Small World Department: I’m really excited about this bit of news:  Once again, the magic of Lewis Carroll makes itself felt in surprising ways. As many of you know, I’m a big fan of Lewis Carroll, and even recently served for four years as President of the Lewis Carroll Society of North America.  Currently, I maintain the blog on the web site I built for them. Recently a composer named Carsten Braun from Germany contacted me with a link to a beautiful musical setting he made of a holiday poem that Carroll wrote, performed (in English) by talented actor/singer Bastian Korff. If you’d like to watch their musical holiday clip, click here.

I enjoyed the music and the performance very much, and struck up a correspondence with Carsten.  He told me that Bastian has also performed the one-man show I Am My Own Wife, which I did a few years back at Vermont Stage. Last week, Carsten told me that he and Bastian were actually going to be performing some music gigs at various locations in Berlin–including at the Grunderzeit Museum, where I Am My Own Wife takes place!  Carsten had been to the museum once before, and mentioned that they have a gallery of photos of U.S. productions of the play in the museum. I asked him if he wouldn’t mind finding out how I might submit a photo from the Vermont Stage production. 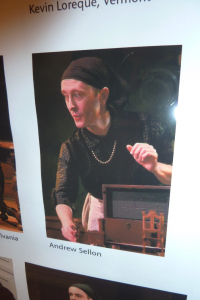 Carsten and Bastian just returned from their successful musical trip to Berlin, and it turns out a photo of me is already on display at the Grunderzeit Museum! They must have found my web site and chose one of the pictures from that production. Doing that particular play meant an enormous amount to me for both personal and professional reasons, and I am so honored to have that production recognized in Berlin where Charlotte von Mahlsdorf started it all. I have been talking with a couple of other theaters about doing another production, so I hope that I will have the opportunity to play Charlotte and all 34 other characters again sometime soon. And then the absence of “Vermont” after my name will mean I have played the role in multiple states.  In addition to Vermont Stage, I also wish they could have given credit to the directors–mine was the remarkable Sara Lampert Hoover.  But in the meantime, I am so thrilled to be on the wall at the Grunderzeit Museum. And I’m so grateful to Carsten for sending the photos and letting me know about it! As Charlotte might have said (though probably in better German): Ich bin Ihnen sehr dank bar!