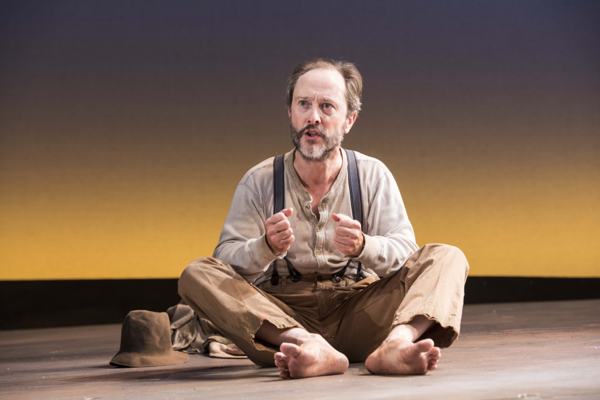 I know that our wonderful Asolo Repertory Theatre production of The Grapes of Wrath closed last Saturday night.  But three of us actors have been invited to perform two scenes from our production as part of a celebration co-hosted by the Smithsonian and the National Steinbeck Center this Thursday evening in D.C.

The evening pays tribute to the 75th anniversary of the publication of Steinbeck’s towering, Pulizer-prize-winning novel The Grapes of Wrath.  The play excerpts will consist of the opening scene between Tom Joad  (Christian Conn) and Jim Casy, and Tom’s farewell scene with Ma Joad (Peggy Roeder).  There will also be a panel discussion including playwright/adaptor Frank Galati, Asolo Rep’s Producing Artistic Director Michael Donald Edwards, actress Lois Smith from the original Steppenwolf production, and noted Steinbeck scholars.

The ninety-minute event will be held Thursday, April 24th at 7pm at the Ring Auditorium in the Smithsonian’s Hirshorn Museum (not at the Museum of Natural History, as the Institute previously announced).  The Hirshorn is located at 700 Independence Avenue SW, on the National Mall, at the corner of Independence and 7th Street.