Two days after I returned from starring in a hit 30th Anniversary production of The Foreigner for the Maltz Jupiter Theatre, I had an audition.  The next day I had a callback.  And then….

I’m thrilled to announce that I’ll be starring as Vanya in Portland Center Stage’s production of Chris Durang’s brilliant Tony-winning comedy, Vanya and Sonia and Masha and Spike.  I played the role for three months last winter for Asolo Rep, and am so excited to take a completely fresh look at the role and the play with a new director and a new cast and new designers.

Plus, I’ve never been to Portland, or anywhere in that area on the West Coast.  I hear fantastic things about it, and can’t wait to explore in my time off.  Portland Center Stage has a gorgeous, LEED-certified new home downtown, and my apartment will only be a few blocks away.  After all the years I’ve been in this business, this will be the first time I’ve lived and worked downtown in a major city.  I can’t wait!

If you’re in the Portland, OR area, I do hope you’ll come to see the show and say hi afterwards.  Rehearsals begin 12/16.  Previews are January 10-15, 2015, and we open on January 16th.  Closing day is February 8th.  Hope to see you there!  Click the image below to visit the PCS website for tickets and more information. 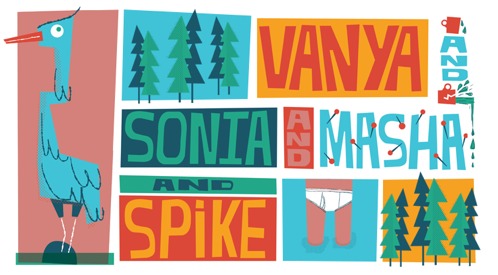 (Plus, is that a great logo, or what?  The more you know the play, the more perfect it is!)