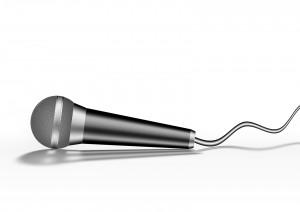 I have to say, by and large, I genuinely like the casting directors I meet.  They tend to be smart, positive, and enthusiastic audiences.  Occasionally, I run across the rare exception.  I remember being at a studio with multiple auditions going on a few months ago, and at one point a casting director came out of one room to address the hopefuls lined up for him, people who were expected to display themselves on camera in very little clothing.  His instructions were curt and dismissive, as if he was expecting each and every one of his auditioners to do something very stupid.  I thought, what on earth is the point of that attitude?  I was relieved that I was not auditioning for him.  The real pros know that part of their job is to provide a welcoming environment that encourages the talent to really shine.  A successful audition is in everyone’s best interest, and it takes so little to make that positive choice.

By contrast, I had a wonderful experience with a casting director recently that I wanted to share, even though I didn’t book the job.  I was at a studio in Chelsea for a couple of auditions that didn’t require much in the way of preparation, and while waiting for my turn, I noted another audition being held in the next room that seemed to be for a male voiceover artist, based on the conversation snippets I was hearing.  As I’m always looking to expand my voiceover work, I strolled over and read the audition side/copy, which turned out to be for a major telecom company.  I really liked the writing, and it seemed like something I could do well.  But there was a very short list of guys signing up and waiting for their auditions, so it seemed like a pretty exclusive event.

After I finished my own audition, I decided to do something I’ve never done before: I waited for the woman hosting the voiceover audition to come out to check her list, and I spoke to her.  I introduced myself, told her that I was not someone on her list, but that I’d read the copy and loved it, and asked if she might be willing to consider auditioning someone she hadn’t invited.  She looked at me for a moment, sizing me up, then pointed to a couple of crossed out names on her sign-in sheet and said, “You know, two guys have already tried to crash my audition this morning….”

My heart sank, and I was abashed.  I stammered, “I would never…”  And then she continued.

“But you asked.”  And she gave a small smile.  “As it turns out, I should have a little time later, so yes, I’ll give you a shot.”  I thanked her and assured her I would never presume to go ahead and sign up for an audition where I hadn’t been invited.  When she found a lull in her scheduled appointments, she invited me in to read.  I gave her my resumé, and she explained that she mainly works with the top seven voiceover agencies, but that she’s open to new talent regardless.  I gave three reads, and she contributed brief and helpful adjustments for what she wanted to hear.  She was professional, pleasant, and committed to bringing out my best.  When I finished, as she worked on finalizing the audio files, she said “Those were three good reads!  I can’t say what will happen, but that was good work.”  I thanked her again for taking the time to see me, and she gave a slight smile again.  “Well, I could tell outside you had a good voice.”

So, I didn’t get a callback or book a job from this experience, but that’s almost beside the point.  I felt like I’d met another real pro, someone who really enjoys all the aspects of her job, and who is open to new talent.  It also affirmed for me that casting directors like to know they’re respected every bit as much as actors do.  I’m not including the casting director’s name on this post, as I wouldn’t want people descending on her next audition, asking to be seen.  It’s something I’d never done before, and will probably do very rarely in future.  But I sure hope to read for her again somewhere down the road, as I really liked the way she worked.  I did get called back for both of my other auditions that day, including a larger role for one, so it was a good day all around!

If you have a story about a classy casting director (regardless of whether or not you were cast), please share it!