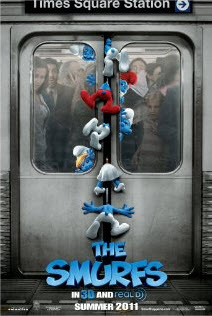 Well, today’s the day I make my major motion picture debut.  I play a silent waiter who runs afoul of the villain during a tasteful dinner at the Russian Tea Room.  The scene lasts all of a minute (if they kept the whole thing), but if it’s as funny on film as it was while we were having fun shooting, it should be a hoot.

My thanks again to my agent Renée Glicker of About Artists, to casting director Richard Hicks, and to wonderful director Raja Gosnell for bringing me on board and giving me such a great opportunity.  I had a fantastic time on my one day of shooting, and hope there will be many more.  Raja, what are you doing next?  😉  Thanks also to Hank Azaria, Sofia Vergara, and Tim Gunn for being both gracious and very funny during shooting of our scene, and to Benita Allen and everyone behind the scenes on the production who kept things running so smoothly despite the antics of the four identical cats!

To top it all off, our nephew Nicholas announced that he wants to see the movie first with me!  He even politely declined an invite from one of his schoolmates so that he could see it with me on Sunday in 3D.  I’m honored, and I can’t wait.

Thanks also to all my friends who have been so supportive.  I have no idea how I’ll look up there, but it’s great knowing that so many people out there are rooting for me.  That means a lot.