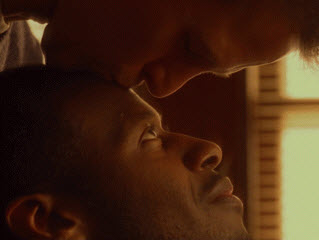 Back in 2010, I played a small role in an independent short film by Kathryn Rotondi entitled Free Man.  I appeared in the opening scene as a well-meaning Funeral Director who finds himself caught between a grieving mother and her late son’s partner in the planning of a memorial.  The script was beautifully written: simple, and powerful.  When the hero loses his partner of 13 years, he finds that without the proper legal protections in place (such as those guaranteed by the right to marry a same-sex partner), he has no say in carrying out his late partner’s last wishes.  Instead, the mother does what she believes is best, even though it directly contradicts everything her son actually wanted.  The film is a heartbreaking cautionary tale.

I’ve learned that the film has been playing to great response at some LGBT festivals around the world, including the Austin Gay and Lesbian International Film Festival,  Out in Africa, and Canada’s Inside Out festival.  And I’m thrilled to see that the film now has a distribution deal  in Canada as well!

I hope the film continues to receive attention around the globe.  The message is a sobering and timely one that many people still need to hear.