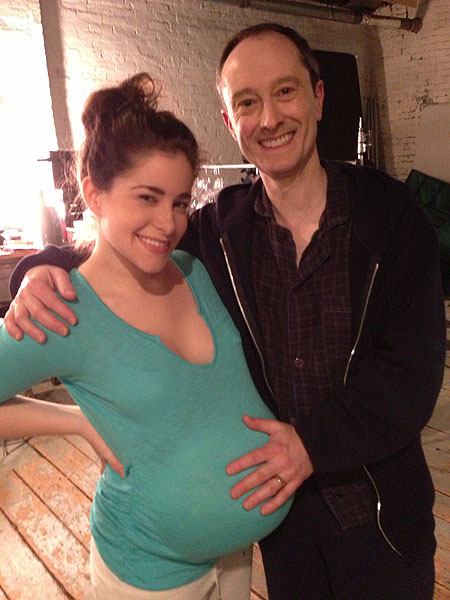 For the first time, I landed a gig based solely on resumé and video clips.  Video clips are definitely the big casting tool these days, and I’ll be creating more of them.  This shoot was a blast.  It was for my favorite local TV station, so already I was psyched to be part of their ad campaign for their new mobile app.  They were shooting five 15-second silent comic spots that day, and they will be released gradually over the next six months.  I’ll do another post when I know mine is launching.

I can’t say too much about the spot before it airs, but a picture is worth a thousand words, so I’ll just share a post-shoot photo with my co-star and new buddy Sarah Seeds.  We really had a blast working together, and with the great team from the TV station.  It was a lovely bunch of people with great senses of humor, and I hope we’ll all find a reason to play together again sometime soon.  Plus, I got to work in my pajamas–it doesn’t get better than that!  😉