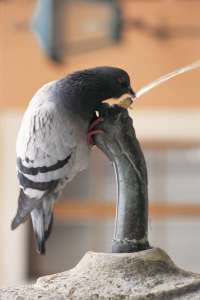 I’ve identified some sort of trend in my casting.  A couple of years ago, I played Pastor Manders in a production of Ibsen’s Ghosts.  Last August, I filmed a scene as a subway preacher in the upcoming 2013 film Can A Song Save Your Life? with Mark Ruffalo.  Then last December, I played the Ghost of Jacob Marley in a production of A Christmas Carol.  Now, I’ll be playing a Pastor again.  What’s next–playing the Ghost of a Pastor?  😉

This time, it’s a small but fun role in the pilot of another web sitcom pilot.  This one is called Stool Pigeons and it centers around the denizens of a downtrodden neighborhood bar.  Sort of like a down and dirty version of Cheers.  I attempt to preside over an impromptu memorial performance for one of the characters–but I won’t say which one!  We shoot the pilot the last week of March.

I’ve also just learned that the comedian Gallagher is now attached to the project, so that should make for an amusing shoot!