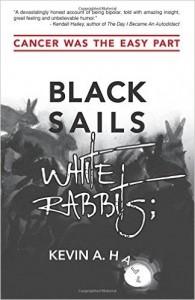 I’m delighted to share that I’ve just recorded my first audiobook.   And I’m especially thrilled because of how it all came about. As you may know, I’m a major Lewis Carroll/Alice fan, and I presented some staged readings of my new, original play Through the Looking-Glass Darkly at the October 2015 ALICE150 international conference in NYC.

My friend, the multi-talented Wendy Ice (whom I met last winter in Portland, OR when I was performing out there), was in the audience for one of my performances. Wendy is producing a stunning, collectible edition of Alice’s Adventures in Wonderland illustrated by her insanely talented husband, David Delamare. And that evening, Wendy brought along her friend Kevin Hall, former professional sailor and Olympian, who is also a huge fan of the works of Lewis Carroll. Kevin and I are both coincidentally Kickstarter backers of David and Wendy’s book.

After my performance, my husband Tim and I had dinner with Wendy and Kevin to discuss our various creative projects. It turns out Kevin was about to publish his autobiography, about his dreams of Olympic competition and raising a family, set against his struggles with cancer and bipolar disorder, specifically Truman Show Syndrome. It’s a frank, harrowing, wildly theatrical, and often darkly funny tale of triumphing over adversity and fulfilling your dreams.  It is, like Kevin himself, remarkable.

Long story short, Kevin loved my performance, and a few weeks later asked me if I would like to perform the audiobook of his story. I’ve just completed recording sessions at Star Cloud Studios, and we hope to have the audiobook available on Audible and Amazon sometime later this March.

Sometimes all the stars align, and all the elements for a magical creative project just fall into place.  I couldn’t be more excited to share this amazing story with you.  Stay tuned for release information!