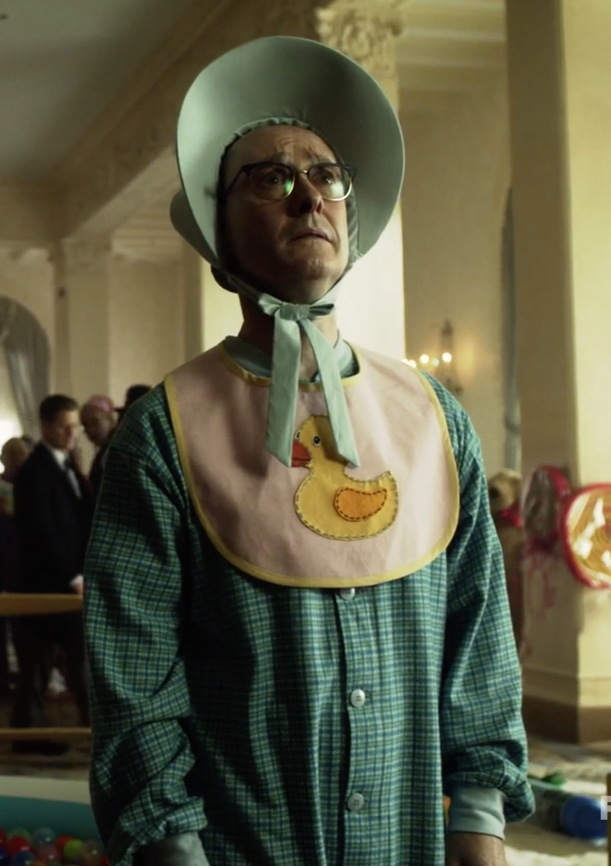 In case you haven’t followed my Gotham saga, it’s been an incredible and wonderful ride.  Last summer, I auditioned for and was cast as Mr. Cobblepot’s (aka The Penguin) craven and fussy bookkeeper Mr. Penn for three scenes in last fall’s Season Premiere.

That first episode magically led to a total of seven episodes across Season 4. And every single one of them was a joy to do. From the very first read-through, the cast welcomed me and helped me fit right in.  The entire company, including producers, writers, cast, and crew, including hair, makeup, and design, and their stable of super directors, are all the most talented and lovely people imaginable.  After working together for three years before this season, they have created a genuine family, and it’s a pretty wonderful group. Add to that an amazingly sweet and supportive fan base, and you have a recipe for something truly special.

When last viewers saw me in Ep411, the half-season finale, I had been surprised by the ruthless Sofia Falcone and the Sirens, and tortured by Tabitha. But I did not divulge Mr. Cobblepot’s whereabouts. It was not clear whether I was left alive or not.

When I got the script for Ep415, I was astonished to learn those insanely clever writers in the Gotham room had found a way to weave my character into the main plot–and to make me a wanted man! As I read the script, I realized everyone in the Gotham underworld–including Sofia and Mr. Cobblepot–wanted me very much dead. Thankfully, Jim Gordon and Harvey Bullock wanted me alive.  The episode also revealed something crazy and fabulous about Mr. Penn: I was hiding out at a posh resort offering its clients anonymity while undergoing a particularly bizarre and hilarious form of Regression Therapy.  The attached photo should give you some idea.

As I read the script, I could barely breathe–I was certain this was the episode where I would finally buy the farm, or kick the bucket, as they say. Incredibly, despite many bullets fired in my direction, and most of Gotham wanting me six feet under, Mr. Penn survived and escaped.  Someone “in the know” told me that in fact the writers had killed me off a couple of times in early drafts of earlier episodes this season–but happily, they decided to keep me alive. I did not appear in the rest of the season after Ep415–but Mr. Penn is still very much alive.  And last seen in a onesie.

To celebrate my return in Ep415, the fan-run virtual sticker company Telfie even issued a limited edition Mr. Penn sticker.  How neat is that?  Maybe one of these days Mr. Penn will show up in some fan art.  That would be insanely cool. Or get invited to a ComicCon.  That would be another dream come true.

What’s next for Mr. Penn? I literally have no idea. Stay tuned…! 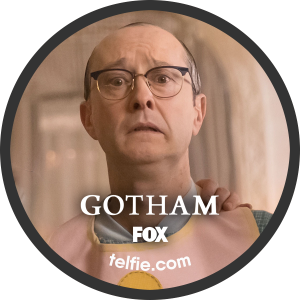