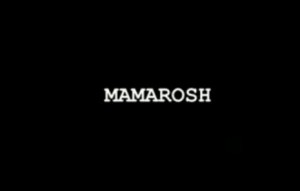 Sometimes great things happen in surprising ways.  The independent feature film Mamarosh, which has already completed two-thirds of its filming in Europe, is now shooting the remainder of the film in New York.  I auditioned for the role of a pompous cinema manager.  Casting directors Brandon Powers and Harley Kaplan were very gracious, and the audition felt like a good rehearsal session.  I was called back, and my agent’s office told me that the writer/director, Momcilo Mrdakovic, actually wanted to read me for the role of Dora, a diva television producer–a role originally written for a woman!  I was very excited by that outside-the-box thinking.  I went in to the callback, and suggested rechristening the character “Dorian.”  Again, it was a roomful of friendly, collaborative energy, and we had a lot of fun trying different approaches to the two scenes.  I remember leaving the callback in high spirits, and found myself quietly singing “Georgia named her, Georgia claimed her, Sweet Georgia Brown!”  as I walked up the street toward the train home.  I felt like “Dorian” was the right name for the character, and hoped that I had indeed “claimed” him.  A few days later, my agent’s office called to say that I had landed the role!  I’m looking forward to my two days of shooting over the next two weeks.  Since a lot of the film has already been shot, they already have a very evocative trailer up on YouTube.  It makes me even more eager to be a part of the film.  Click the image to watch it!